What did sitters think of the December sitting? Here’s our feedback for the first 4 days…

ACCA candidates sitting the December P7 exam described it as ‘horrible’, ‘vexing’, and ‘brutal’. You can then throw in some time pressure to create a very ‘intimidating test’. Students struggled with the sheer number of risks they had to sort in Q1. “There definitely seemed more than the marks allocated,” said one sitter. The worry for many was they felt they were just repeating themselves. Q2 seemed to be the problem question this time around. “I have never seen a question like it,” said a PQ. Another just said: “What the f**k was that!” The question on quality control review was just not like anything in the study texts, said a disappointed student.

By contrast, it was pretty quiet on the F8 front. The general consensus is that the exam seemed ‘OK’, and much better than some recent sittings. A question that did cause a few eyebrows was the one about substantive procedures.

The F7 was described as ‘tricky’ and ‘hard’. But, that wasn’t the case for everyone. Some called the exam ‘fair enough’ and ‘easy’. For many, the MCQs feel like the examiner is just trying to trip them up.

P2 also got a mixed response, but for many, it was ‘not bad at all’. The consolidation question was easier than most (if not all) of the past papers I have sat, explained one PQ.

Another said: “P2 was less scary than I was expecting, still time pressured though!”

Read this too: What are the Financial Statements Assertions? 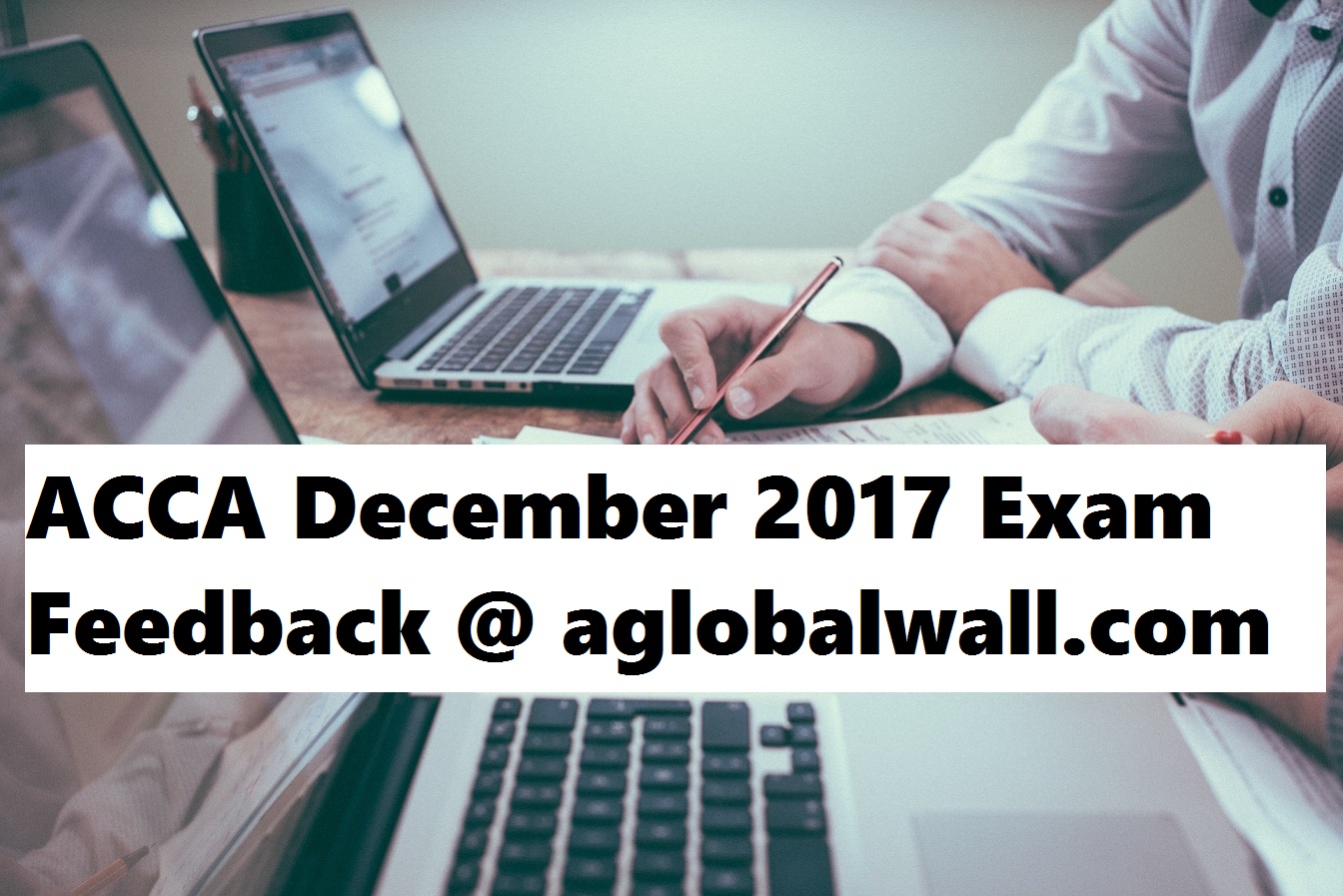 F5’s section A was 80% calculations, explained one sitter. Section B was more structured. The real problem though was the two power cuts! Not good for CBEs…Another PQ said that the MCQs seemed fair. Q31 threw a few of you.

Many UK students were desperate to pass, as they didn’t want to sit the CBE exam.

P1 was hugely time pressured, and one student admitted to being ‘knackered’ after it finished. Q1 on risk was deemed to be quite nice. Interestingly one student said they found the exam ‘super dry and boring’, with the exception of Q2. So come on Mr examiner let’s try to make it more interesting, please. There also seemed to be a bit of confusion about what the examiner meant by ‘briefing’. ACCA December 2017 Exam Feedback by Students.

P5 was ‘a tough exam today with the business scorecard the main question, we were told. Students admitted getting bogged down in questions and many ran out of time. “Time is never enough,” said one PQ. It’s the perennial problem. Students just think the paper is too long. The questions were on CSF, KPI, not-for-profit, budget constraint and balanced scorecard.

F6: Not much feedback here. Generally felt to be ‘very fair’.

P3: The exam wasn’t too bad. The feedback says it was a reasonable test, with the normal complaints about time management. Many students admit they didn’t manage to answer all the questions, missing out big chunks and sometimes even whole questions. This makes it so much harder to get to that pass mark.

P6: The big surprise here was how little time candidates spent on their calculators. This was a mainly written test. There were some complaints about the length of the optional questions, although sitters said Q1 and Q2 were ‘reasonable’. Another complaint was the ‘vagueness’ of the last two parts of Q3.