Skip to content
HomeNewsInternationalPoisonous eggs are found in UK and France

London: The presence of poisonous eggs in Britain and France after the Netherlands, Germany, and Belgium has been revealed. Poisonous eggs are found in UK and France. The London Food Standards Agency has announced that the distribution of eggs across the country has been investigated.

Poisonous eggs are found in UK and France

Which has shown that a number of such eggs are low, but their presence is confirmed. The conference has also announced that the presence of the fipronil fluid in the eggs imported from the Netherlands is not known, but it is not known that those poisonous Whether the eggs have been used or not. Health scandal caused by the poisonous substance of poisonous substances called fipronil is likely to cause millions of birds to be killed in Europe.
Dutch farming organization LTO has said that several million of the Netherlands’s 150 companies chicken will be killed, wherein 3 hundred thousand have been killed so far. 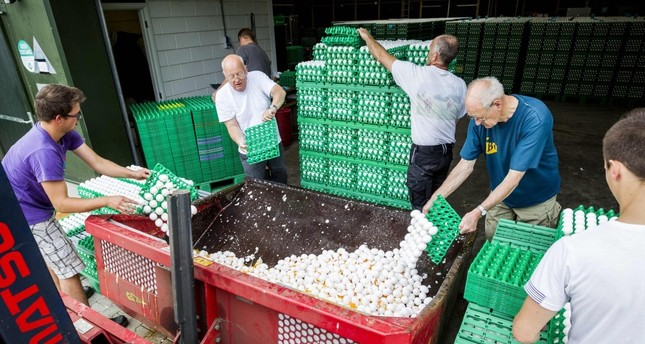